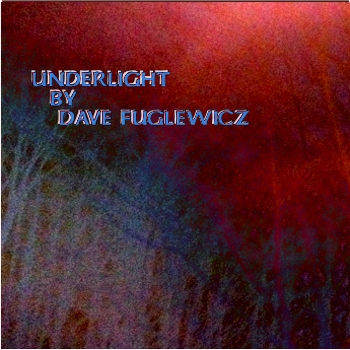 There's no theme to this release, it is organized to flow well when listened to as a whole, or even half whole. While I still have some older releases to add to my archive org library, I have quite a lot of solo, collaborations and all my Tapegerm collaborations to add to archive org. I've listed the VST's I used for each piece, all are freeware. I use Tobybear's VST Mini-Host, then I process the wav with an old version of Sound Forge and lay the tracks down in an old version of Acid. Easy peasey.

Due to the new, improved design of archive dot org you will have to click on the "SHOW ALL" link in the mid-right section of this page to get to the artwork files (instead of them being conveniently located with the music files). Look for these files towards the bottom of the "SHOW ALL" page: 1) cd1_cover.bmp 2) cd1_label.bmp 3) cd2_cover.bmp 4) cd2_label.bmp. This was meant for a slim-line case times two.
https://archive.org/download/Underlight

Reviewer: AxelMundi - favoritefavoritefavoritefavoritefavorite - June 26, 2017
Subject: Underlight: the music of Dave Fuglewicz (Abridged from an article by Axel Mundi.)
This article is, ostensibly, a review of Dave's album called Underlight; but I am not going to describe the music or rate the individual pieces. Such an exercise usually is useful only to those already sold on, or at least interested in, the music in question. It will not dissuade the fan, nor convince the newcomer. But I will go so far as to say that this would be an excellent album with which to begin exploring the music of Dave Fuglewicz.
Because the musical history of Dave Fuglewicz stretches back into the mists of time (according to him he has been recording his compositions since the 1980s), I have not yet heard all of his music which is available for hearing. I suspect, though, that if I had listened to nothing else but Fuglewicz recordings since I first knew of him (2010), I might still not have heard everything he has released. If you undertake a search for Dave Fuglewicz online, you may agree that the choices are many, to say the least.
On the home page of his website, davefuglewicz.com, he calls himself "an independent audio artist". To begin then, let's consider that description.
He certainly seems to be independent. He puts out his CDs, or uploads the files to the Web, with little fanfare (although he is prompt and descriptive in announcing them), and usually under no other name than his own. Even though most, or all, of his releases are available for purchase as CDs on his website, he seems happy eventually giving a lot of it away, for instance by putting it up on archive.org. But my impression of Dave is that he puts out his music almost from a sense of duty. He does it, I suspect, as a matter of necessity, for his own peace of mind.
Now, it would not be unfair, I think, to say that the music of Dave Fuglewicz is not "strictly commercial". Often he employs electronic effects that fall toward the "noise" end of the sound spectrum. In fact, there can be wonderful huge aural storms of it which billow up out of my speakers, with unabashedly little resemblance to popular music.
Yet to my ears, some of Dave's use of noise can be reminiscent of the desire for sonic mayhem which brought about the huge orchestras needed for the emotional rowdiness of the Romantics. But there are other passages, even other whole pieces, or simply other tracks in the same piece, which use Tonality and melody in an almost classical, or Baroque way.
So I say, that there is a discernible pedigree in Fuglewicz music, which not only goes back, as he points out, to the German/European Elektronische Musik of the late 1960s, but also back to Bach, the Father of Tonality,
The FM Radio of the '60s probably would have played Dave Fuglewicz. That was where I heard the early Moog stuff, like Walter/Wendy Carlos's Switched On Bach, Stockhausen, and especially the later electro-pop "Kraut rock" like my favorites, Kraftwerk. And whereas the "audio artist" term applied to Fuglewicz is of course true, I feel it pulls the punch a little bit, evading the question of "What exactly is happening here?"
But listen up now. All the above is intended to illustrate the main point of this little article: Dave Fuglewicz is not just an "audio artist", although he certainly is that. But notwithstanding his fondness for noise, loops, and electronic fun, he is more than a sonic magician. He is a "musician", and he is a "composer".